When I was 15, I was present in the delivery room as my baby sister was born.

A nurse of Julia Child stature pressed on my mother’s belly in all sorts of uncomfortable looking ways because Meghann was face up instead of face down and this woman thought she could manually manipulate the already stubborn baby into facing the right direction. When that didn’t work, they pulled out this vacuum cleaner thing and attached it to her wee little skull to twist her into compliance. She was born with such a huge lump on one side of her head that she easily resembled the devil.

Talk about the best form of birth control ever. No high school boy stood a chance with me after I witnessed that 28 years ago today, when the world finally granted me a real life baby doll I could dress up to my heart’s content.

I was a sophomore when Meghann Channing burst so dramatically into my life. For my girlfriends and me, her arrival meant we had a new mascot. We brought her with us to school-sponsored events. We took her to the mall. She sometimes even came with me when I went to hang out with my friends. She did sit out my prom but later inherited my prom dress as a costume. She found it funny to call me “mommy” out in public just to see the reaction on the faces of passersby.

(I did not find that part of early sisterhood so amusing.)

She was only three years old when I left for college and was already a budding gymnast who later turned cheerleader. (Sorry, Mom, if that was my influence). From the beginning of her life, she’s had a heart of gold. There’s no man, woman, child or puppy dog whose aid Meghann won’t jump to provide. She gives a killer foot massage and is an expert cupcake baker. Perhaps because she’s the baby of the family, she relates to kids like nobody’s business. My boys and their cousins love Auntie Meghann.

And I love her too. I think we’ll keep her even though her entry into this world stunted my foray into teenage dating.

Happy birthday, baby sister! May you always be faced in the right direction.

A funny thing happened on my way to a business meeting.

I fell in love with New York City.

I’ve long held her in high regard for her street cred as a “real” city, her grittiness, her style. While I might hold a grudge against her for her taste in baseball teams, there’s an elegance to her that has nothing to do with Park Avenue and everything to do with her recovery from 9-11 and pizza by the slice at any hour of the day.

But with that said, New York always intimidated me.

That all changed on this trip, beginning with a simple subway ride.

I’ve only ever been on the New York subway with natives to hold my hand. I don’t know why I was so scared to use this system solo considering I’ve mastered public transportation in foreign cities where I don’t speak the language. But once I had my ticket in hand and some sense of assurance that I was on a train moving in the right direction, it was a piece of cake. I didn’t even mind the crazy man who sat next to me, grabbed my forearm in a friendly sort of way, and exclaimed, “take care now! It was great to see you today!” Part of me is disappointed in myself for all the long and expensive taxi rides I endured in the past out of fear of New York’s public transit.

My destination was the Upper West Side apartment belonging to my friend Margaret, who as the evening progressed, proved herself to be the mayor of her neighborhood. She knew someone everywhere we went and even managed to make a new friend. Before the night was over, the ease with which she navigated her corner of the city turned this sprawling metropolis into a small European town.

And I’m a sucker for small European towns.

I spent the time between meetings today daydreaming about when I can take Margaret up on her offer to use her apartment anytime I want. (I almost went home with her spare keys to facilitate my inevitable return.) I’m aching for a walk in Central Park on a crisp autumn day. I yearn for the solitude a city of 8 million residents can provide. I want to find a good people watching spot and sit for hours, maybe developing some characters for the novel stuck in my head. I want to master the subway and go back to Margaret’s yoga studio.

But mostly I crave a late night slice of pizza.

Today’s wide throw to first on a routine grounder came in the form of a 2.5 hour search for my car in the DCA parking lot. Please spare me the suggestions to write down or text myself with my parking location upon future garage visits. Trust me. I got it.

And what else have I had going in this fine year?

Okay, I guess some of those examples can be chalked up to bad luck and not a fielding error on my part. But when you’re jinxed, the fear of another misstep, accident or failure pervades every task, every thought.

At the beginning of each month I tell myself that I’m going to turn it around. Then another glass breaks, and I end up stepping on one of the chards that evaded sweeping.

I’m not sure if it’s a Year of the Snake thing, bad karma for something I did in a past or present life, or just an unfortunate series of shitty events, but I can’t wait a Red Sox eternity (86 years for those not initiated in baseball lore) for my situation to change. 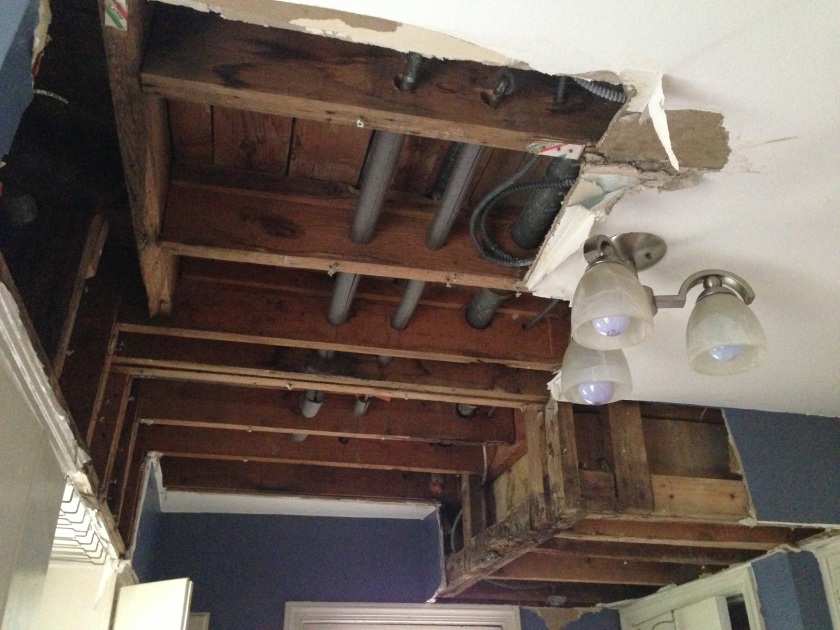